THE HENTON HEADLINES
January 27, 2022
Here’s the scoop for the week

This spring MASA will conduct two elections for president-elect positions. The president-elect is elected annually in the spring. The position rotates between eligible MASA members from the metro area and greater MN.

The first election is for a president-elect from the metro area/Region IX. The MASA Nominating Committee met and suggested nominations for the position. Those individuals were notified, asked to run for the office and MASA members also received information on how to nominate themselves for the position. Nominations have since closed and the candidate/s will have the opportunity to address participants at the annual MASA Spring Conference ( March 10 & 11). Voting will take place following the conference.

Given Superintendent and MASA President-Elect Laine Larson’s resignation of her position effective June 1, 2022 due to her impending retirement, a second election for the remainder of her term will occur this spring. The MASA Nominating Committee will be reconvened during the week of January 31 to consider nominations for this position. Eligible MASA members from greater MN will also be able to self-nominate themselves and should watch for additional information on the nomination process and timeline for submission.

According to the MASA by-laws the MASA member who successfully secures the president-elect position from greater MN will automatically become MASA President on July 1, 2022. The candidate elected from the metro area/Region IX will become the president-elect.

You will note in what follows is that the rotation of the presidency between greater MN and the metro area will remain intact:

If you have any questions, please don’t hesitate to contact me.

You are Busy and Now is Not the Time for the Equity Symposium:

The Equity Symposium scheduled for February 7 is cancelled. Instead, the content will be embedded in the Spring Conference offerings. It is our hope that this will enable those interested to engage in the learning at that time and not miss an additional day out of their school district.

“People often say that motivation doesn't last. Well, neither does bathing, that's why we recommend it daily.”   Zig Ziglar

“Leadership is being the first egg in the omelet.”  Jarod Kintz

THE HENTON HEADLINES
January 20, 2022
Here’s the scoop for the week

Revised MASA Board of Directors Statement on Page Amendment:

My proofreading skills need a bit of work! Please use this version of the MASA Board of Directors Statement. I had a duplicative sentence in the first paragraph of the version I emailed on January 17. My apologies for any confusion.

Congratulations to Dr. Matt Hillmann who has been recognized by the Northfield Human Rights Commission for his work with immigrant families. More information at this link https://www.southernminn.com/northfield_news/news/article_dfa85600-2296-57c6-abbf-5c42214b8c4b.html 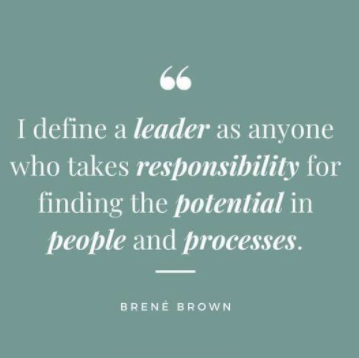 THE HENTON HEADLINES
January 13, 2022
Here’s the scoop for the week

I have been asked to relate to you that if you change your learning model and move a school or your entire school district from in-person learning to online learning, for example, there is no notification requirement to MDE. Again, there is no MDE approval needed to switch learning models.

As of today, the U.S. Supreme Court issued a stay on the ETS. Watch for more information to come from MSBA and MASA.

On January 10, Brainerd Public Schools Superintendent and MASA President-elect Laine Larson announced her intent to retire effective June 30, 2022. As a retiree, Laine will be ineligible to serve as MASA President in 2022-23.  I will work with MASA staff and the MASA Executive Board to review the MASA by-laws and determine next steps.  We want to thank Laine for her leadership and service during her year as President-elect and wish her well in her retirement.

THE HENTON HEADLINES
January 6, 2022
Here’s the scoop for the week

On January 4, 2022, the CDC issued the following that applies to K-12 schools: https://www.cdc.gov/coronavirus/2019-ncov/your-health/quarantine-isolation.html

On January 5, MDE sent a message to school leaders affirming the updated guidance applies to K-12 schools and that more information would be coming to Minnesota’s schools from MDH the week of January 10. I have been informed directly by Commissioner Malcolm that MDH’s guidelines will align with the new CDC guidance and that was also stated in the January 5 MDE message.

On January 3, Minnesota adopted by reference the ETS that will be taken up by the Supreme Court on January 7, 2022. The effective date in which all school districts with 100 or more employees need to determine their count of employees is January 3, not a date in November as previously stated.

Should the ETS remain in effect after the Supreme Court’s ruling, compliance begins January 10, 2022.  Should your district adopt MSBA model policy 491 that allows for your employees to either be vaccinated or tested and use face coverings, compliance with testing begins February 9, 2022. Masking compliance for the unvaccinated begins January 10 for those school districts that have adopted policy 491.

Please be on the lookout for more information to come as we learn of the Supreme Court decision.

"Success consists of going from failure to failure without loss of enthusiasm."